BASSCOM Barometer: The Revenue from the Software Sector has Surpassed BGN 3 billion on an Annual Basis

You are here: Home / News / Events / BASSCOM Barometer: The Revenue from the Software Sector has Surpassed BGN...

BASSCOM Barometer: The Revenue from the Software Sector has Surpassed BGN 3 billion on an Annual Basis

Over 30,000 professionals are employed in the sector, 35% of them are women

BASSCOM – the Bulgarian Association of Software Companies announced the results of its annual report on the state of the software sector in Bulgaria – Barometer. The analysis, prepared with the assistance of CBN Pannoff, Stoycheff & Co., is based on data gathered from nearly 4,100 companies and covers 2017, 2018, and a forecast for 2019. 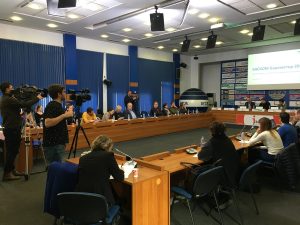 According to the data, in 2018 the revenue in the software sector had a record growth with close to BGN 600 million or 23%, surpassing the BGN 3 billion mark, making the total share of the GDP 2.9%. This is the highest growth in the history of the software industry. The main contributors to this are the companies operating predominantly in foreign markets. Meanwhile domestic sales continue to see significantly lower growth, with no signs of this trend changing soon. 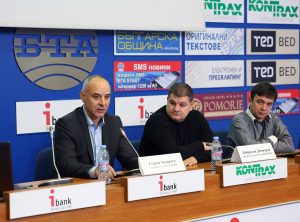 “In recent years the sector has been on the rise, and the dynamics of this development if becoming more and more evident. If it took 21 years to reach а total revenue of BGN 1 billion, it took only for years to reach BGN 2 billion. Reaching BGN 3 billion barely took 2 years. At the same time, the software industry is the number one employer in terms of employee compensation and offers an average of 3.5 times higher salaries than the national average. Adjusted for the standard of living, the average wage is far above that in the UK, and exceeds that in Germany”, said Dobroslav Dimitrov, Chairman of the Managing Board, BASSCOM.

The Bulgarian software industry is very attractive to foreign investors. Currently over 50 offices of global software companies are operating in the country. The revenue from export oriented intellectual products has reached BGN 2.5 billion in 2018, a result only the  software industry can claim.

According to CBN, in 2018, one workplace in the software sector in Bulgaria generated over BGN 24,000 a year from direct taxes (VAT, income tax, corporate tax and social and health insurance) to the country’s budget, ie. more than two-thirds above the national average. In 2019, the software business is expected to contribute at least BGN 150 million more in taxes compared to 2018. The projected increase in the number of employees in the field will provide nearly BGN 900 million in tax revenues to the country’s budget.

BASSCOM’s forecast for the next 5 years is for the revenue to reach BGN 10.3 billion on an annual basis and 7.6% as a share of GDP. It’s expected that around 60,000 experts will be employed in the sector. The revenue in the treasury from taxes paid and insurances from the software business alone will exceed BGN 1.4 billion annually.

The source of this optimism is a set of factors that positively influence these results. More and more key industries are being digitized – for example, the use of AI medical imaging is rapidly emerging in medicine, in the automotive sector – autonomous vehicles, in the banking sector – FinTech and others. At the same time, an increasing number of educational initiatives are coming out of the experimental cycle and reaching a mature and productive phase, and more universities are increasing admission to IT majors. A wave of pre-qualification programs, including European funding, have also started. The trend has been reversed – net migration has been declining for several years and more and more Bulgarians are returning from abroad, the software sector having a strong appeal for professional realization. Decentralization is beginning to happen and more and more companies are choosing Plovdiv, Varna and Burgas to develop their business. Bulgaria has established itself permanently in the minds of many managers from Western Europe and the US as a top near source destination. Last but not least is the eco-system of risk finance (angel, seed and VC).

А highlight of the coverage is available below (in Bulgarian):

Fourth and HotSchedules Join Forces to Become a Global Leader in End-to-End...

The Bulgarian National Statistical Institute is Implementing a New Information...
Scroll to top