You are here: Home / News / News / CLICO Bulgaria Maintains its Leading Position Among ICT Distributors in...

The Bulgarian division of CLICO – a specialized distributor of solutions in the fields of security, network management and technical support, has maintained its position among the leading ICT distributors, based on revenue, despite of the challenging 2020.

CLICO Bulgaria is also among the top five of the most efficient IT companies for the past year.

This information comes from the recently published ranking Digitalk1010 – successor of ICT Media’s “Top 100 of the tech companies in Bulgaria”. According to it CLICO Bulgaria has maintained its fourth position with revenues close to BGN16 million. The largest share of revenue continues to be generated by perimeter security solutions. The other solutions in the company’s portfolio marked significant growth, and for some areas the growth was in the triple digits. 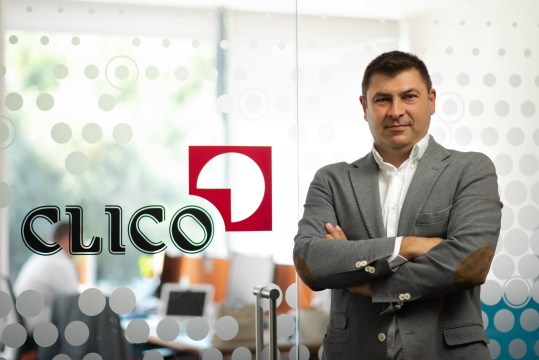 “2020 was a year of many challenges in every aspect. Of course, this includes cyber security. Throughout the year we have seen an exceptional growth in the number and types of attacks. The results of the ranking are a clear indicator that CLICO Bulgaria has managed to cope with all the surprises that were brought in by the pandemic. Something more – we added new partnerships with Recorded Future, Splunk and SentinelOne”, said Alexander Stamenov, Country Manager, CLICO Bulgaria.

At the same time, despite the uncertainty of 2020, the company continues its upward trend and CLICO Bulgaria’s team has increased by 20%.

In 2021 CLICO celebrates its 30th anniversary. Through the years the company has worked with over 70 partners in the country and has over 2 000 completed projects. It has been active in Bulgaria since 1996.

Lex.bg: CLICO Bulgaria maintains its leading position among the ICT distributors in the country

Publics.bg: CLICO Bulgaria maintains its leading position among the ICT distributors in the country

Hypoport Sofia expands its team and invests in its own building

As Online Gaming Demand Doubles During Pandemic, Equinix and i3D.net with Ubisoft...
Scroll to top