Fly to a World of Career Opportunities With Paysafe

You are here: Home / News / News / Fly to a World of Career Opportunities With Paysafe

Fly to a World of Career Opportunities With Paysafe

After Optimal Payments acquired Skrill in 2015 and launched its new brand identity – Paysafe, the company announced it will become a major hirer of talent for its Sofia office.

Acta Verba created a strategy and an action plan. We started by defining the target audiences: prospective and current employees, media, community, customers and partners.

Positioning of the creative in areas where it will be visible to them: around universities and business centers, print and online media.

After discussions the profile of their wanted employees and the best channels to reach out to them were defined. And so, the Paysafe Employer Brand Campaign started in late May 2016.

You can see the young super heroes from the campaign online, inside metro stations, billboards on the main Sofia boulevards and in print editions like GoGuide, HiComm and SmartApps.

This campaign continued in the autumn, when a branded Paysafe van could be seen traveling around the city and stopping at universities, business and shopping centers. The Paysafe team was also present to talk about career opportunities and give away Paysafe branded cookies, chocolates and muffins. 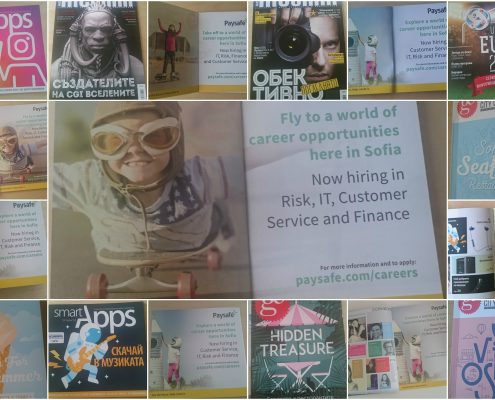 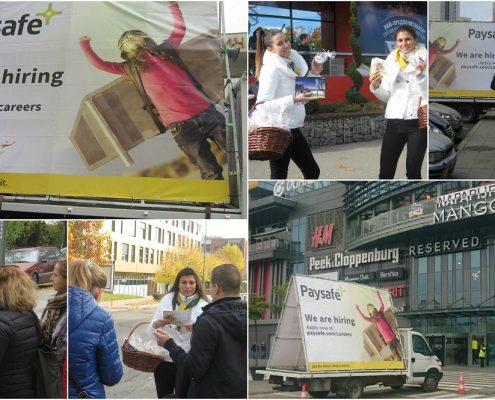 Over 30 Developers Participated in Tick42’s Workshop on Apache Kafka During...