You are here: Home / News / Events / Over 30 Developers Participated in Tick42’s Workshop on Apache Kafka D...

Bulgarian software company Tick42 took part in Java2Days 2016 – one of two largest Java conferences in Bulgaria. During the event, the company held a workshop on the increasingly popular streaming platform Apache Kafka, which was visited by over 30 developers. 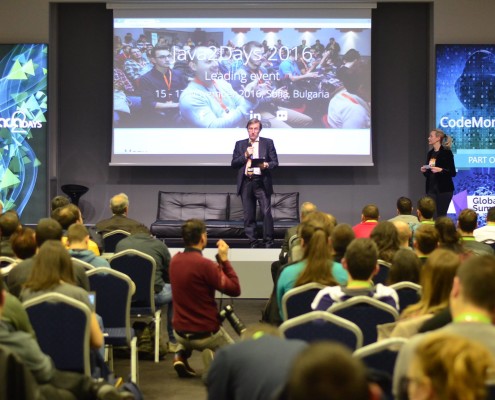 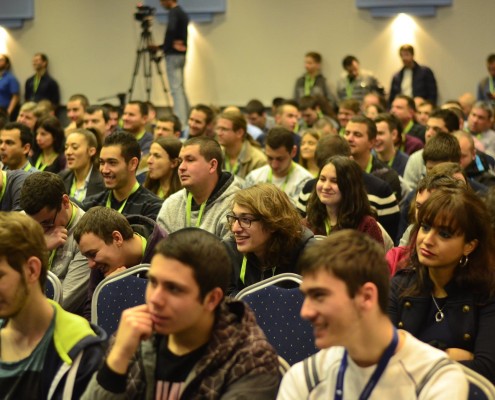 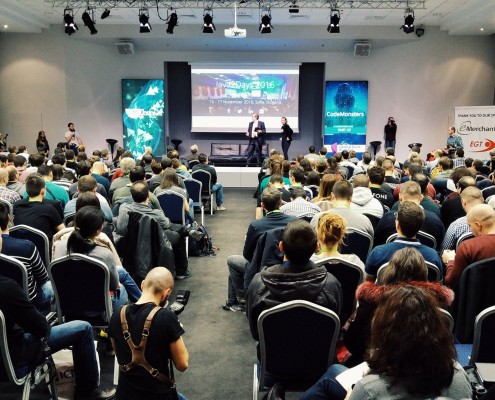 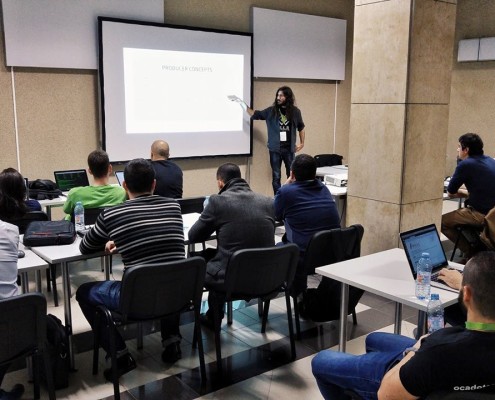 Java2Days took place on November 15-17, 2016 at Inter Expo Center in Sofia. The event attracted more than 1,000 visitors. Tick24 took part in the conference as a sponsor. Along with holding the Hands-on Kafka workshop, the company also gave away free beer to visitors.

Tick42’s Vladimir Tzanev presented the Hands-on Kafka. He’s one of the best Bulgarian Java developers, makes significant contributions to open-source projects, such as Spring Boot, Spring Session, and Orika, and is one of the coauthors of the book „Introduction to Java Development“. 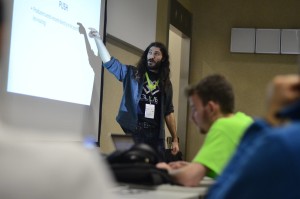 Apache Kafka was initiated by LinkedIn in 2011 and has already been adopted by giants like Netflix, Uber, CloudFlare, Spotify, PayPal, Betfair, Shopify, Walmart, and HubSpot.

The platform, whose code was opened soon after it was created, is written in Scala and Java. It’s meant to provide a unified, high-throughput, low-latency platform for handling real-time data feeds.

The workshop was based on Tick42’s experience with applying Apache Kafka in a large-scale project at an international investment bank. Within this project, which encompassed 9000 PCs, the company used Apache Kafka for the implementation of its own platform Glue42 for real-time integration of desktop and web apps.

Tick42 is an international software company which was founded in 2010 in Bulgaria. Its clients include companies like JP Morgan, Reuters, CMC, and Bloomberg. The company’s team is highly skilled in JavaScript, Java, Clojure, C++, and C#. One of Tick42’s main products is Glue42 – a platform for real-time integration of desktop and web apps. With it, the company won the first place at the hackathon The New World Symphony 2016. Tick42’s main office is in Sofia, Bulgaria, which employs over 40 software experts. The company plans to significantly expand its team in 2017.